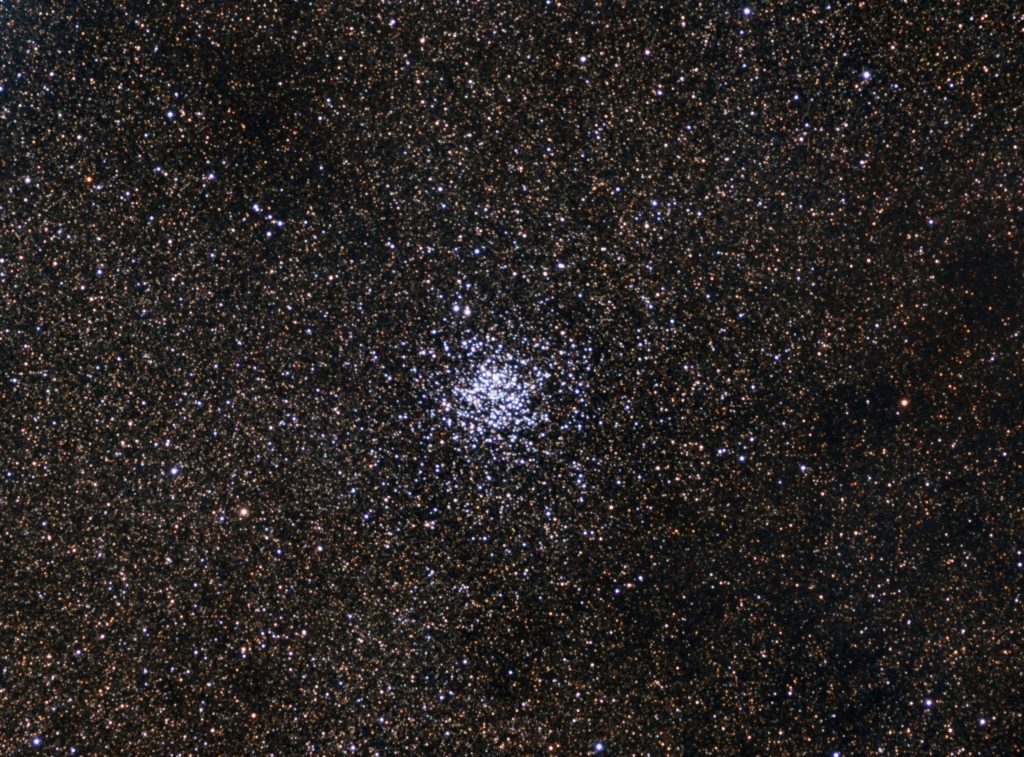 Messier 11, known as the Wild Duck Cluster, is an open star cluster in the constellation Scutum. The cluster is composed of the younger, blue stars in the middle of the image, and is located approximately 6,000 light years from Earth. At roughly 250 million years old, these compact blue stars number around 3,000 total that make up the cluster. The cluster is set against a backdrop of older stars, and it is a rich field due to Scutum lying nearly on the galactic plane of the milky way as viewed from our night sky. The cluster was originally discovered by German astronomer Gottfried Kirch in 1681, and Charles Messier included it in his catalog in 1764.

The cluster derives its common name from the “V” formation some see in the brighter stars, thought to resemble a flock of ducks in flight. 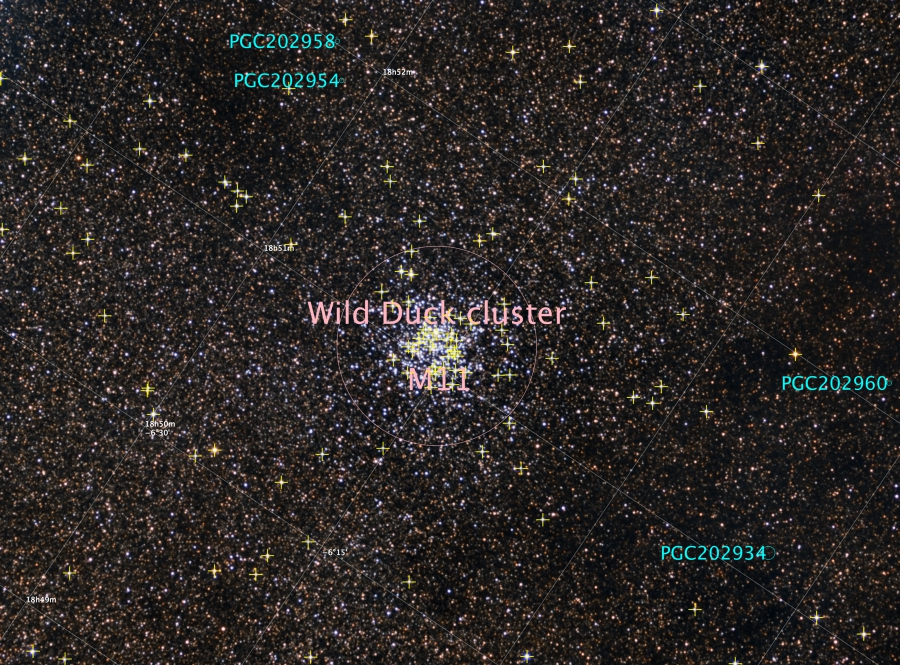