In 1781, Charles Messier assembled a list of 110 astronomical objects with the help of his assistant, Pierre Mechain.  Messier was a comet hunter, and assembled the list originally as a “nuisance” list of objects that could be mistaken for comets but were something else – in order to help other comet hunters avoid wasting their time on these objects.

The list is comprised of some of the best, largest in apparent size (i.e. their size as we see them from Earth), brightest in apparent magnitude (i.e. how bright they appear from Earth) astronomical objects that can be viewed from the Northern hemisphere (Messier, being from France, did not observe objects seen in the Southern hemisphere).  There are spectacular examples of nebulae, open clusters, globular clusters, and galaxies on the list – and these objects tend to be some of the most famous and easily observable objects in our night sky in the Northern hemisphere.

The table below shows the Messier Catalog with our images. Click any image to see the full size version and in many cases additional information about the object. 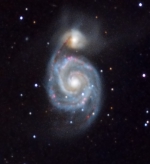 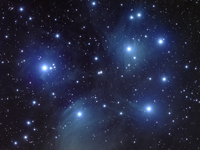