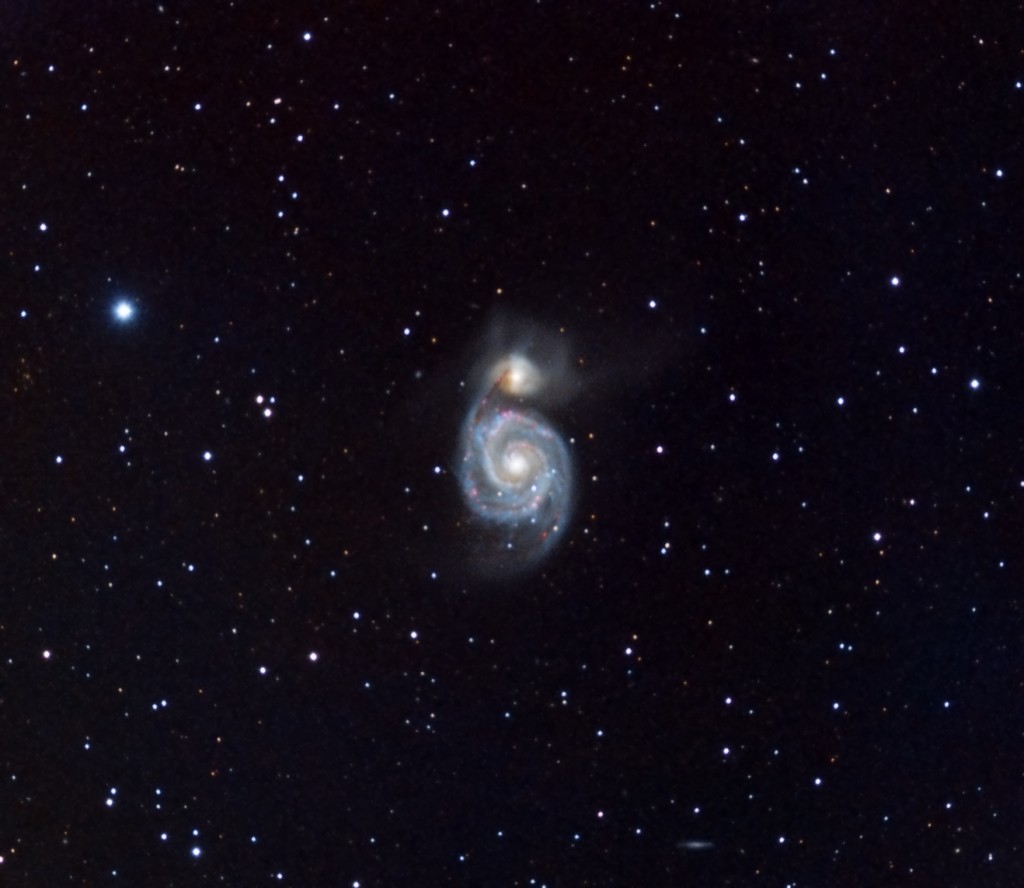 This is a favorite target of Claustonberry Observatory, as well as many other amateur and professional astronomers. In this image, we have combined RGB color information with Ha (Hydrogen Alpha) and Luminance channels to provide additional detail in the structure of the galaxy. 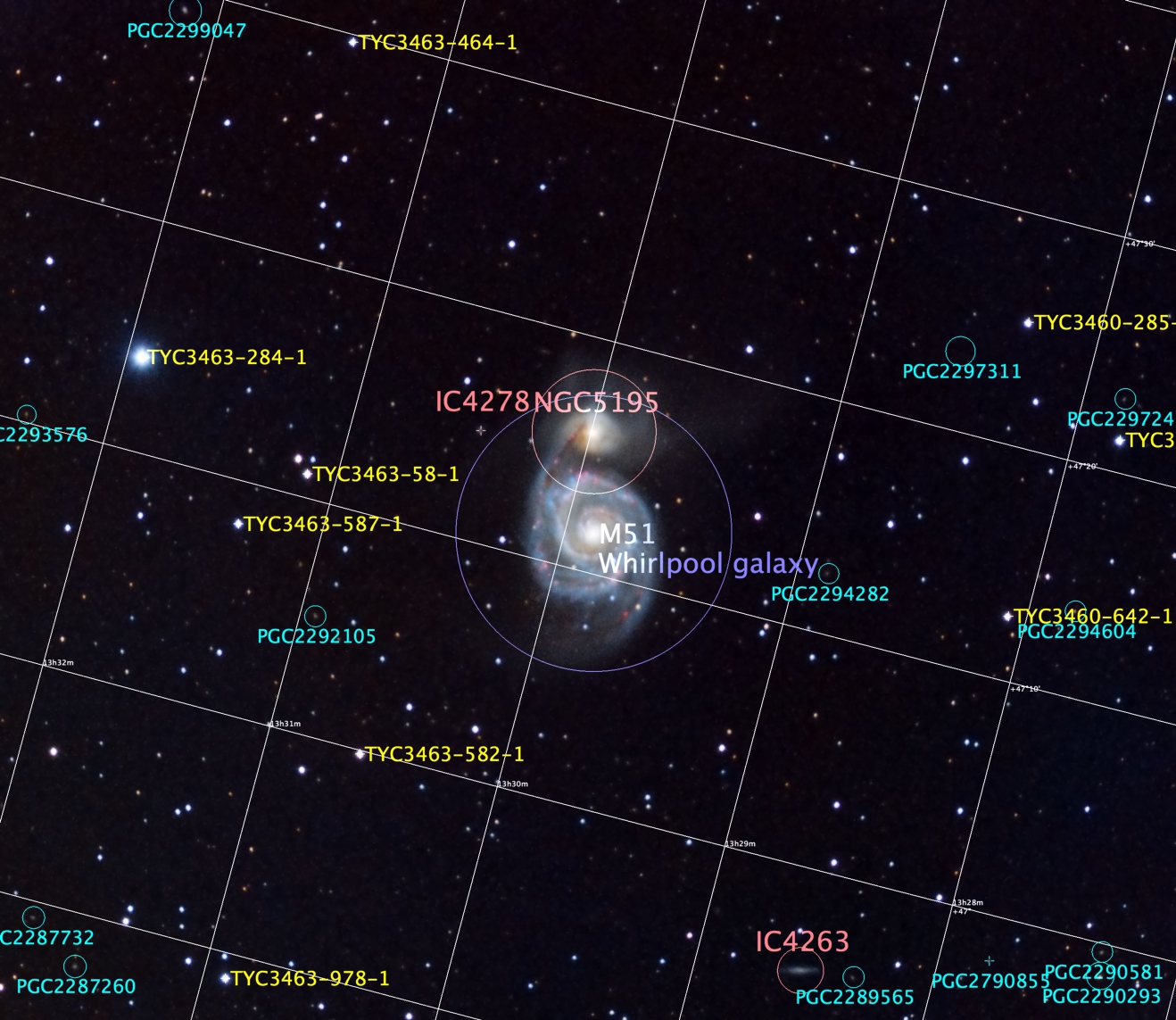