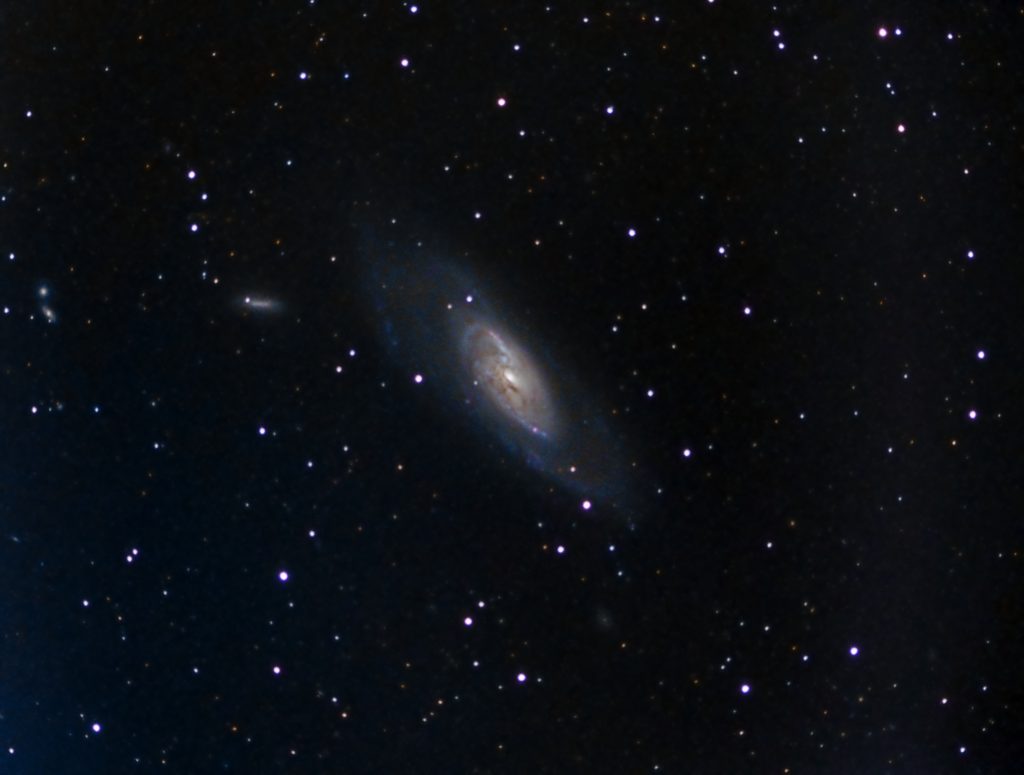 Messier 106 is a spiral galaxy located in the constellation of Canes Venatici. It is approximately 22 million light years from Earth. There are several other NGC and PGC galaxies in this region of the sky – however none of these are in close proximity to M106. While from our vantage point on Earth the galaxy appears relatively small, it is actually similar in size and luminosity to the Andromeda Galaxy. This is due to the fact that the Andromeda Galaxy, at a distance from Earth of around 2.5 million light years, is nearly 10X closer to us than M106. 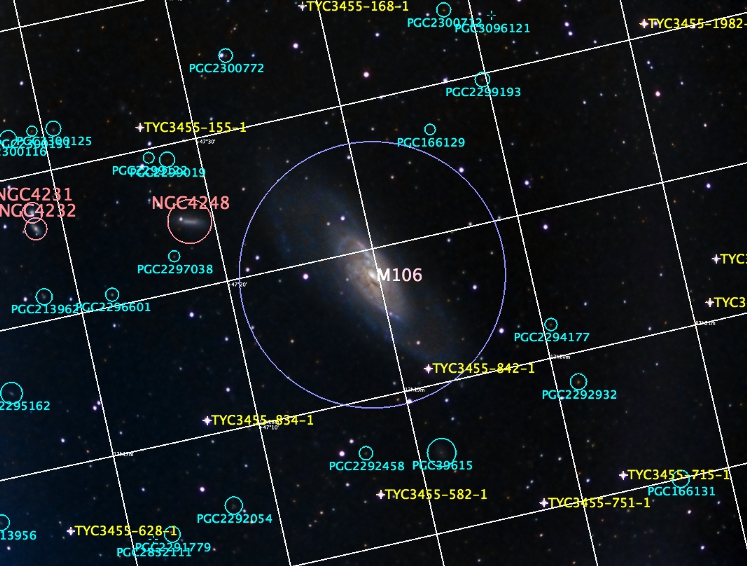