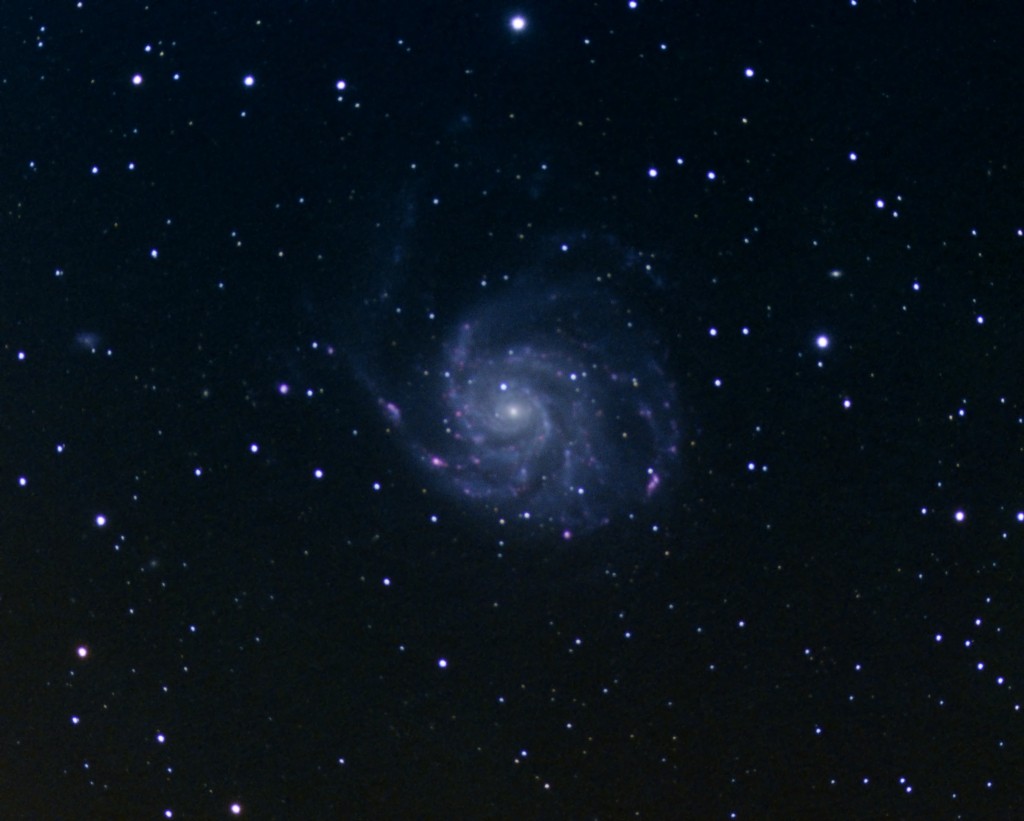 Messier Object 101, known as the Pinwheel Galaxy, is a spiral galaxy in the constellation Ursa Major (of which the big dipper is a part). The galaxy is located approximately 21 million light years from Earth.

While we have imaged this galaxy before, we have taken another run at it, this time including Hydrogen Alpha emissions data in the capture process. These show up as the red areas throughout the arms of the galaxy in the image, and the individual NGC designation for the larger regions can be seen in the annotated image below. 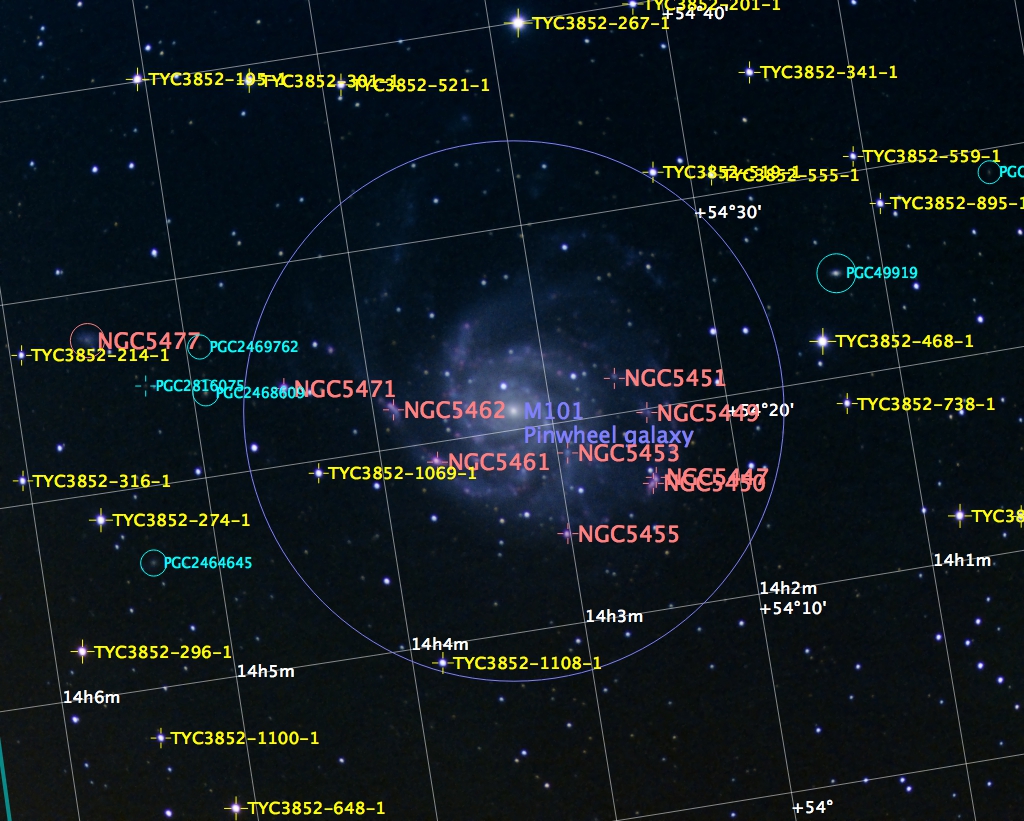